Readers love mystery stories because of the suspense, the puzzle, and the plot twists.

The mystery genre is a great genre to explore for writers who love writing suspense and enjoy learning about true crime.

Writing a crime or mystery novel can be a lot of fun, but it can be difficult to come up with fresh ideas.

Writing prompts are a great way to get your creative juices flowing. These writing prompts and story ideas can give you enough fodder for everything from a short story to a whole series of novels.

The great thing about writing prompts is they aren’t restrictive. The prompt will probably be unrecognizable by the end of your story because you changed it so many times.

Even if you stay true to the prompt, you can still write an original story. If you give five authors the same story idea, you will get five unique stories.

So, take these mystery writing prompts and make them your own.

Use them as inspiration and change them up. Write a whole novel based on one of them. Take bits and pieces from several prompts for something epic. Or just use them as writing exercises. 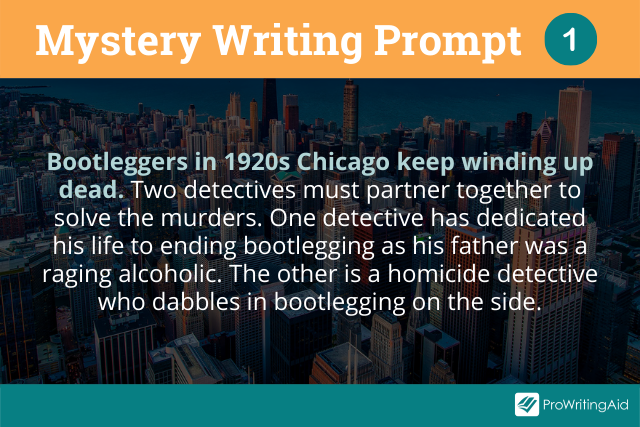 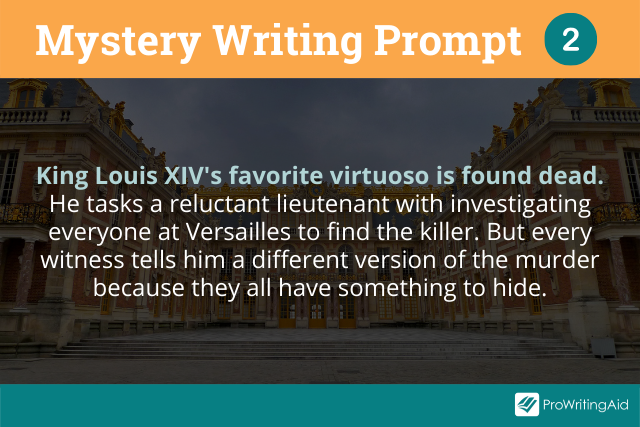 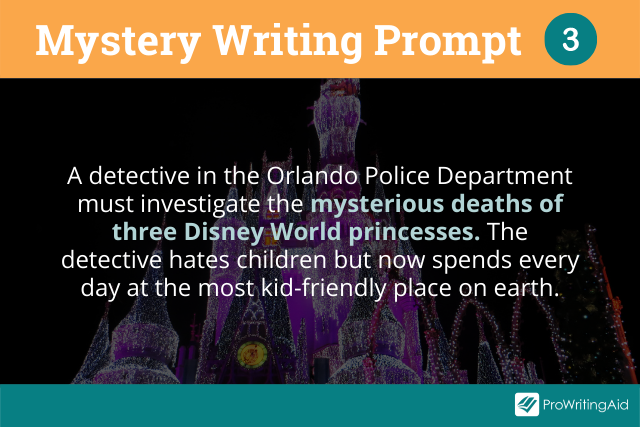 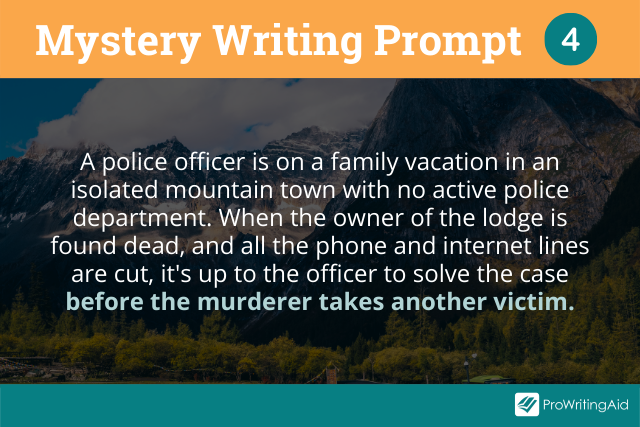 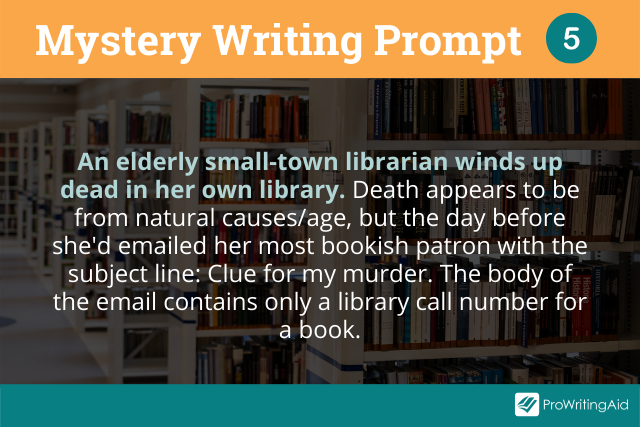 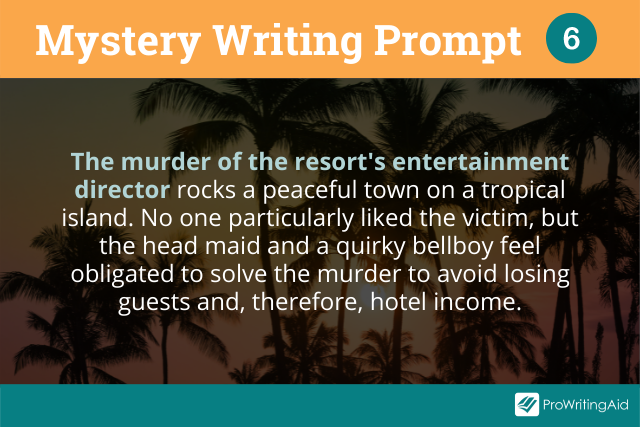 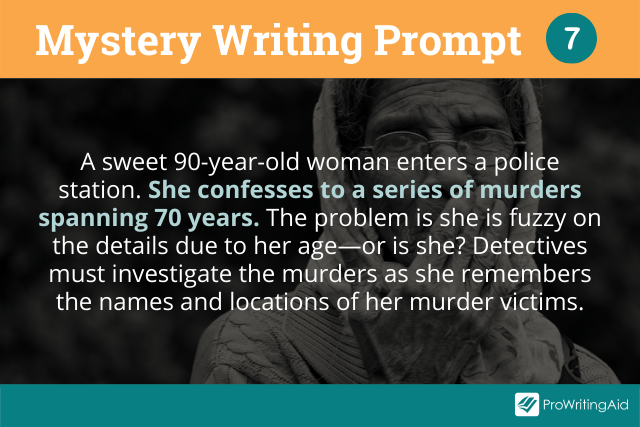 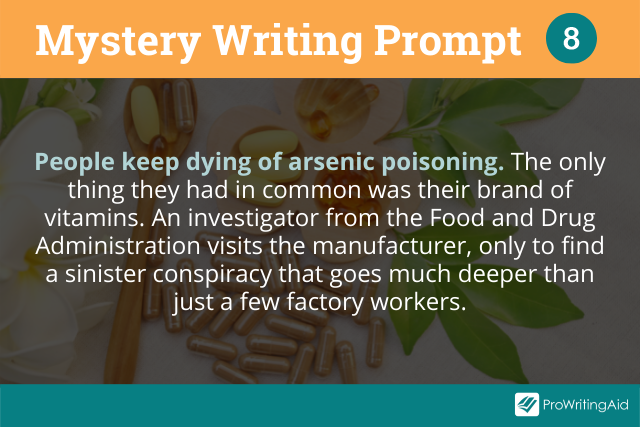 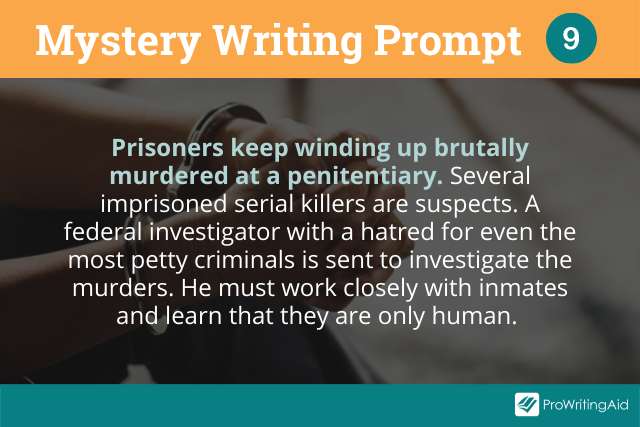 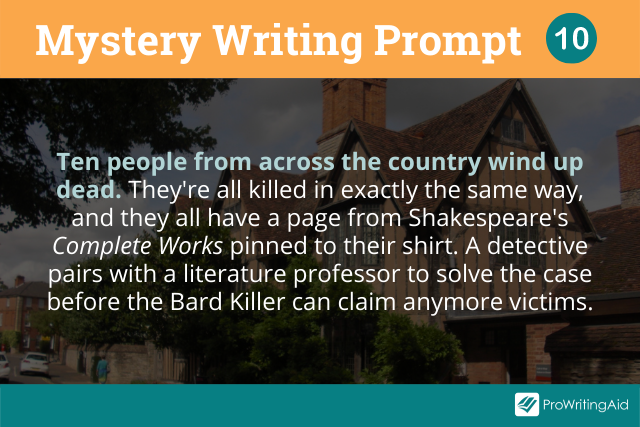 How to Use Mystery Prompts in Writing

Using mystery prompts can help get your story flowing. It’s a great way to challenge yourself as a writer.

Prompts are open to interpretation, so it’s up to you to find the next great story within them.

Krystal N. Craiker is an author and freelance writer. She is the author of the Scholars of Elandria fantasy series. When she isn’t writing, you can find her playing board games and volunteering. Krystal lives in Texas with her husband and two adorable dogs. Visit her website or follow her on Instagram.