First, there’s a new AR effect, created in partnership with beauty influencer Ashley Strong, which adds “glitter and shiny snowflakes that appear from your eyes when you blink.”

I’m not quite sure if it’s Christmas or the Ice King from Game of Thrones, but it’s a new feature either way.

Messenger also got some new word effects – now, when you wish people Merry Christmas, Happy Hanukkah, and Happy Kwanzaa, you can also launch a flood of related emojis on the screen to give your messages an extra character kick. 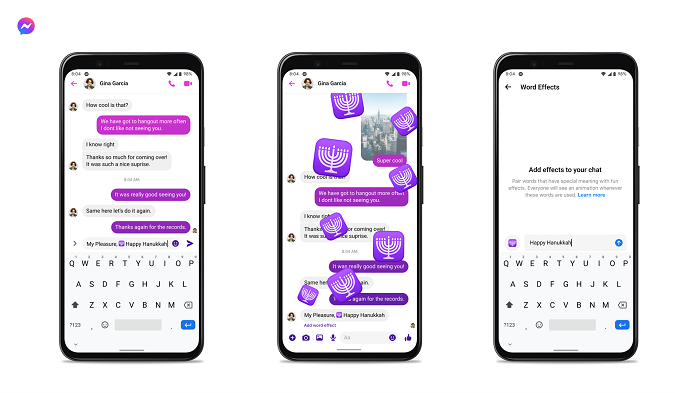 Meta also notes that you can ‘plan some seriously lit end of the year parties’ with our new New Year’s Eve chat theme for Messenger and Instagram DMs, which also includes word effects. 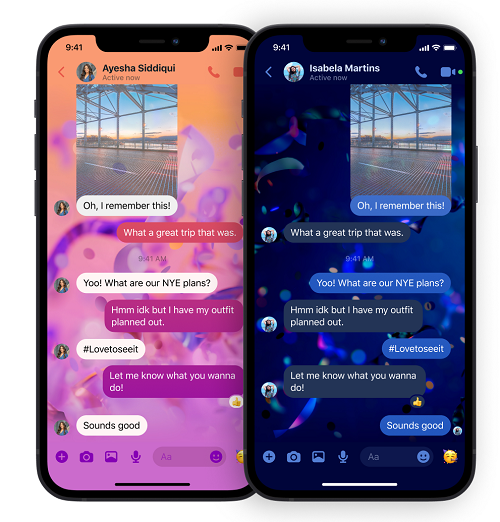 I really don’t like Meta’s attempts to use fancy language in its ads, which may be part of its broader plan to reconnect with young people. But yeah, party lit up, via Messenger. go ahead.

There are also new soundmojis, which is Meta’s attempt to bring another unique dimension to emoji use. 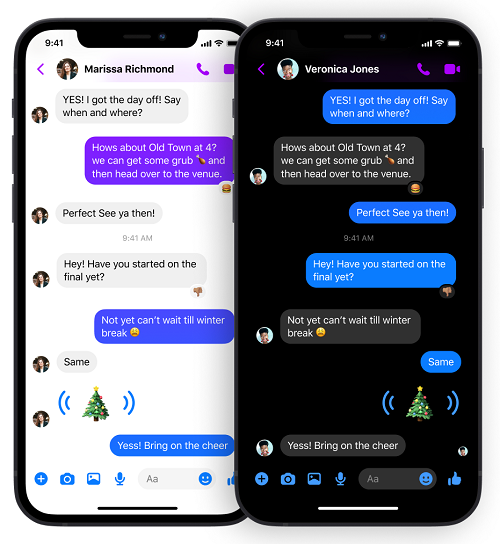 While Meta also takes the opportunity to encourage more in-messaging money-exchange activity, with new and thematic money transfer images when sending money in the app. 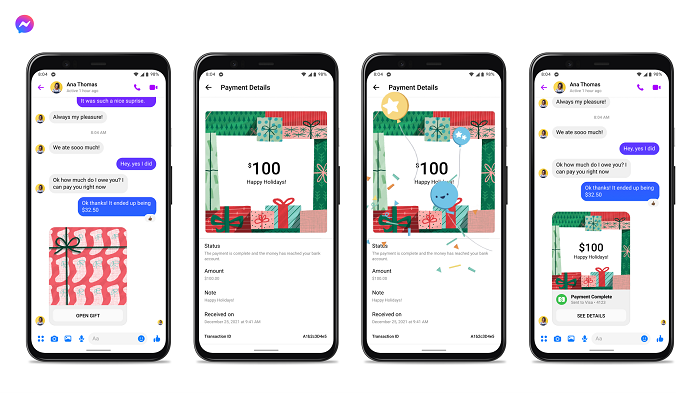 The more people move their money into Meta apps, the easier it will be for Meta then to encourage e-commerce business, so while that’s less of an element of the broader advertising here, it could be the most impactful in terms of Meta’s strategic plans.

In addition, Meta has also added a bunch of new holiday items to Messenger Kids, including the option to chat with Santa (with messages sent to parents), new holiday games and augmented reality effects. 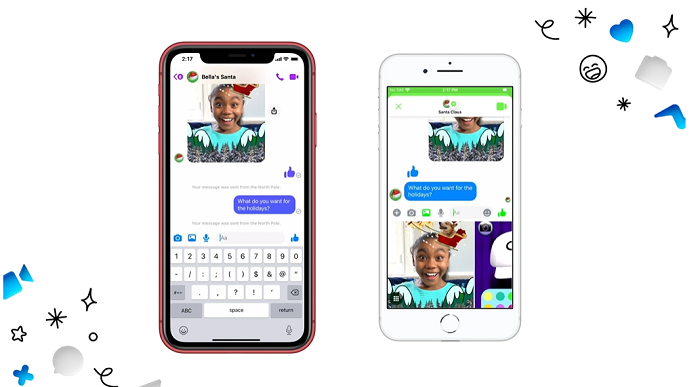 I mean, it’s pretty close to the wire if you want to use the Santa chat feature as a way to find out what your child really wants this Christmas, but it might be another way to get kids interested in the holiday—which still feels like you grew up early this time around.

Some of these are fun, and will add an extra element to your holiday messaging, and some are just a little bit more — but either way, they provide more options to make it easier to share and interact through season-specific messages.

You can check out what’s new in the latest version of the Messenger app.