If someone texts you LOL, you know they’re laughing out loud. If they text TTYL, you know the conversation is over for now, and they’ll “Talk To You Later.”

But what if your friend texts you WTM? Would you know how to answer?

Depending on the context, they could be asking you What’s The Move?, What’s The Matter? or simpy sending you a snarky Whatever That Means return.

What Does WTM Stand For?

WTM is an acronym that has become part of Internet slang.

The term “Internet slang” refers to the non-standard language people use to communicate across social media sites, through instant messaging, and in informal texting conversations. In those contexts, it can stand for: 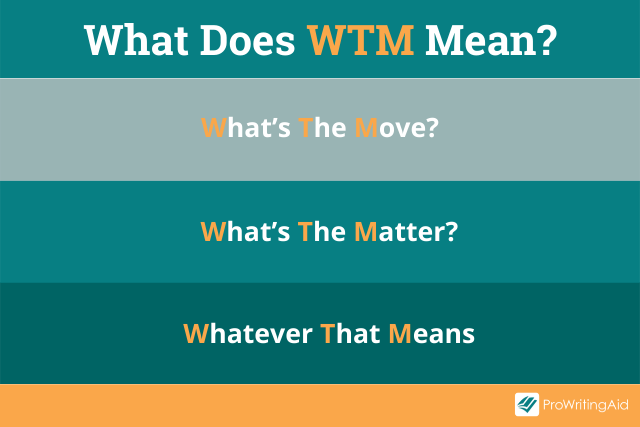 There are three possible meanings for the acronym WTM: What’s The Move? What’s The Matter? Whatever That Means. 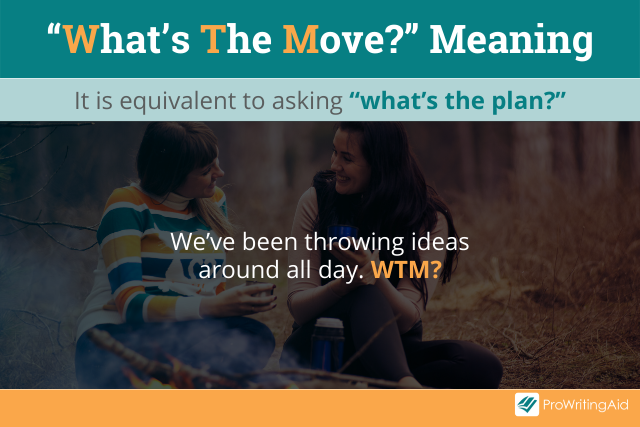 If you’re in a group chat or checking in with a buddy to discuss plans, you might ask WTM.

Asking WTM in that context is like asking “What’s the plan?” Move and plan are synonymous is this context. Another translation is “What are we doing tonight?”

This is the most common meaning of WTM. 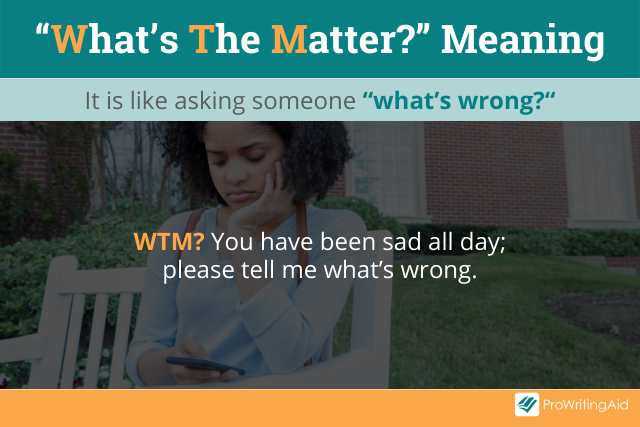 A second meaning for WTM is “What’s the Matter?”

If you’re communicating with a friend and they seem upset, asking WTM is like asking “What’s bothering you” or “What’s wrong?”

Even though “What’s The Plan?” and “What’s The Matter?” are questions, adding a question mark at the end of WTM is optional.

You can add it for emphasis, but if you leave it off, the recipient will still know you’re asking a question.

A major goal of informal electronic communication is speed, which is why acronyms are so popular in texting language.

Adding “unnecessary” punctuation slows communication down, which is counter to the purpose of acronyms. 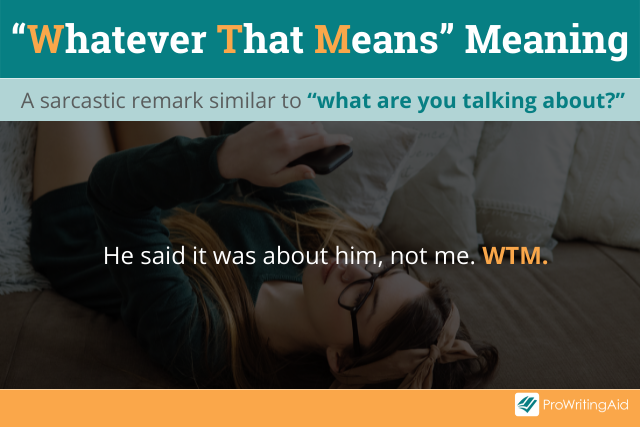 A third meaning for WTM is “Whatever That Means.” In this context, WTM isn’t a question but a sarcastic remark, similar to “What are you talking about?”

Does WTM Mean Different Things on Snapchat, Instagram, and Texting?

The three meanings for WTM are consistent across social media sites and informal texting conversations.

Whether you’re on Snapchat, Instagram, or TikTok, or having a casual text conversation, WTM will mean “What’s The Move?” “What’s The Matter?” or “Whatever That Means.” 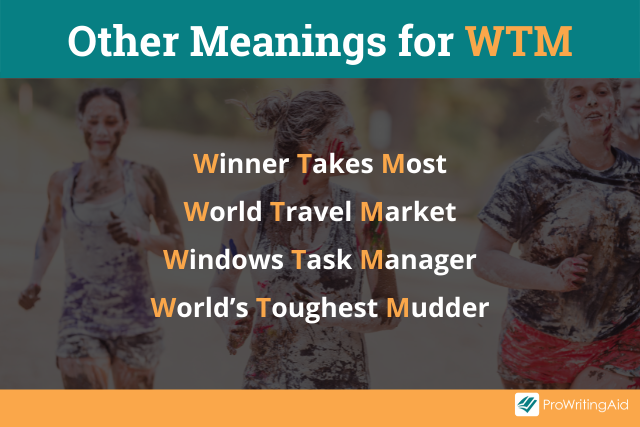 There are different meanings for WTM in other contexts.

When To Use WTM

Only use WTM to mean “What’s The Move?,” “What’s The Matter?” or “Whatever That Means,” within Internet-slang contexts. Using the acronym with those meanings in formal communication is inappropriate.

These additional uses of WTM, not those used across social media, only make sense in their specific contexts.

You wouldn’t use WTM to mean World Travel Market when discussing Winner Takes Most markets at a business meeting.

Chances are, you won’t ever face a situation when you would need to use different meanings of WTM simultaneously, so keeping the meanings separate shouldn’t cause a problem.

Examples of WTM Used in Sentences

These sentences show what the acronym WTM means when used as Internet slang.

Remember, in this type of communication, punctuation is often optional or only used to add emphasis. If punctuation is missing or doubled, it’s not a typo.

WTM Meaning “Whatever That Means”

A Final Word on WTM

Internet slang is an ever-evolving and growing language.

While WTM means “What’s The Move?”,” What’s The Matter?,” or “Whatever That Means” now, there’s always the possibility for expansion.