Many people use “which” and “that” interchangeably but the two words are not synonymous.

“Which” and “that” both refer to something previously mentioned when introducing another clause.

Read on to learn how to identify clauses and time use the right word every single.

The Trick for Remembering Which vs. That

There’s a simple trick to remember the difference:

If your sentence has a clause but does not need it, use “which”; if the sentence does need the clause, use “that.”

Before we look at when to use “that” or “which,” let’s quickly discuss what a clause is.

What Is a Clause?

A clause is a group of words that contains a subject and a predicate.

A subject is the thing that the clause is about. A predicate contains the verb and says something about the subject.

Examples of clauses are:

There are two main types of clauses: independent and dependent.

Dependent clauses can be split further into noun and adjective clauses.

Within these categories, there are two types of noun clauses, restrictive and non-restrictive, which are essential to understanding the difference between “which” and “that.” 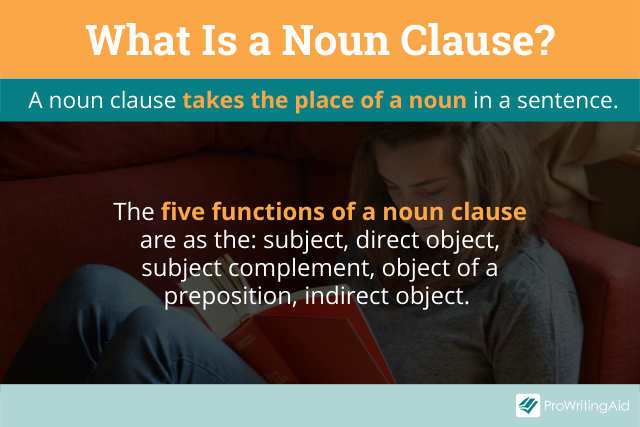 Which vs. That: Let Us Explain

The clause that comes after the word “which” or “that” is the determining factor in deciding which one to use.

If the clause is essential to the meaning of the sentence, you use “that.”

If you could drop the clause and leave the meaning of the sentence intact, use “which.”

In the first sentence, the clause “that burned down last week” is essential because it identifies the school that is still smoking. Without the clause, we could refer to any school. With an essential clause, use the word “that.”

In the second sentence, the clause “which I attended as a child” is non-essential because it is unnecessary to identify the school that burned down. Without it, the sentence would still make sense. With a non-essential clause, use the word “which.”

How to Use Commas with Which vs. That

“Which” and “that” are relative pronouns that begin adjective clauses. Both tell us a little more about the noun they follow.

The clauses that start with “that” are called restrictive because they ONLY tell us about the noun being discussed and are not surrounded by commas.

The “which” clause is non-essential or non-restrictive and‌ is always set off from the rest of the sentence with commas.

Examples of When to Use Which vs. That

In this case, you could drop the clause “which is one of my favorite historical sites to visit” and the sentence would still make sense.

On the flip side, try this example:

Clearly, it’s not just any antibiotic, but the one the doctor prescribed that made you sick to your stomach. The sentence without the clause doesn’t make sense.

Once you’ve checked your use of “which” and “that,” use ProWritingAid to make sure the rest of your sentence is stylistically and grammatically correct, too.

Our Realtime report lets you see and fix grammar, style, and spelling issues quickly. If you would like to know more about a suggestion, just click on the orange “i.”

You’ll see articles and videos to help you learn as you edit.

Extended Example of Which vs. That

In some sentences, both “which” and “that” are grammatically correct but provide slightly different meanings, like in the example below.

The first sentence discusses the location of your only home and it just so happens to have four bedrooms. Lucky you, it’s in the Caribbean.

The second sentence points out that the home you own with four bedrooms is located in the Caribbean, which means you have more than one home. “That has four bedrooms” is how you distinguish between your many homes.

Which vs. That: Quiz

Now that you know how to use “which” and “that,” are you ready for a quick test? I have omitted all commas because otherwise it would be too easy.

2) My summer chemistry project __ I handed in yesterday got an A!

4) My boat__ is at the summer house in Devon was repainted last week.

5) Jupiter __ is next to Saturn is the largest planet in our solar system.

A big congratulations if you got all of them right because I was a little mean with sentences 1 and 4. Both the words “that” and “which” are grammatically correct depending on whether you have seen lions in the wild and how many boats the speaker has.

In sentence 4, if they have multiple boats then “that” is correct because it is necessary to identify which boat they are discussing. If they only have one boat then “which” is correct because we would already know where the boat is located and therefore the clause is not essential.

As a writer (me) once said:

“That which confuses you can only make you a better writer.”

Do you have any sentences like this that use both “which” and “that”? Share them in the comments.

Whether you are writing a novel, essay, article or email, good writing is an essential part of communicating your ideas.