YouTube has previewed some coming updates for YouTube Live, including live stream guests, new notifiers for when a channel is broadcasting in the app, and updated viewing options.

First off, on live guests – similar to other live options, YouTube will soon launch a pilot of what it’s calling ‘Go Live Together’, which will enable creators to invite a guest to their live stream by simply sending a link.

“The host creator will be able to create a live stream, invite and screen their guests before going live to their viewers. Note that the guest channel and user information will remain hidden during the live stream.”

Hosts will also be able to see streaming analytics, as you would with any other live stream, but guests will not have access to this data, at least at this stage.

The added capacity to go live with a guest can reduce the pressure on a solo creator – because going live when it’s just you talking to your camera can be intimidating. Adding the capacity to invite others will help to get more people streaming, which could then lead to more creators monetizing their content through YouTube’s evolving ad tools. 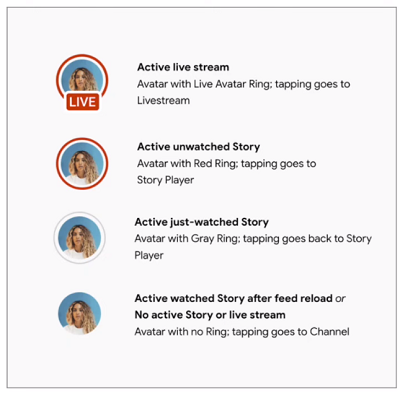 As you can see in these examples, the new ‘Live’ ring is much like Instagram, providing a specific identifier when a channel is live, so you can tap through to view the stream.

That adds more capacity for collaborative promotion in the app, and could become a valuable tool for influencer partnerships.

In addition to this, YouTube’s also working on full-screen more for Live, while it’s also developing a new Q and A feature, which will enable viewers to submit questions during a live stream based on the creator’s question prompt. 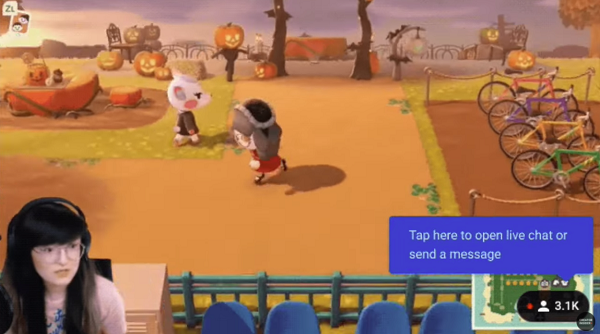 As it works to build out its broader content offering, and provide more avenues for creators to expand and monetize their presence, Live offers another means to connect and engage with fans, which could be a valuable lure for YouTube in swaying stars away from other apps .

These new tools are already largely offering in line with features we’ve seen in other live streams, but they could arguably be even more beneficial on YouTube, and it’ll be interesting to see how creators respond to the additions as they become more widely available.

Go Live Together and Live Rings will go live in the next couple of weeks, while the other features are coming soon.