With the competition for creator monetization heating up, YouTube has announced an expansion of its Super Thanks monetization option, which will enables in 68 regions now utilize the additional viewer donation feature.

Super Thanks, which YouTube added in July last yearenables users to make quick donations to their favorite creators in the app by purchasing a Super Thanks animation at one of four price points (between $2 and $50).

When you allocate a Super Thanks to a video, an animation is displayed on-screen.

In addition to this, an automated ‘Thanks!’ comment is also added to the comment stream, with a distinctive color to signify your donation. 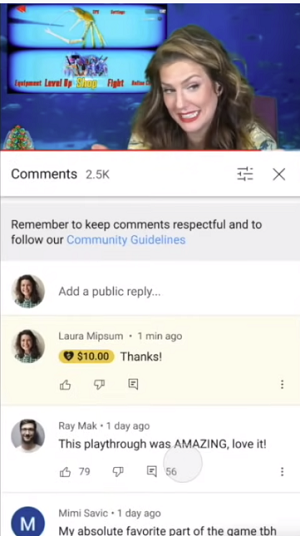 That’s been a big hit in China, where live-streaming has become a major movement, and YouTube’s ‘Super’ features largely align with Chinese streamer use cases, which, based on their success, could see them also become a key element on YouTube too .

As noted, YouTube is working to update its monetization options to make its platform the most appealing choice for creators, who now have several options for building a presence, with TikTok, Instagram and others also pitching for their content.

YouTube’s more established monetization process is already a big lure, with YouTube paying out billions to creators every year through revenue share programs, and with tools like its Super features added into the mix, along with ads via the YouTube Partner Program, YouTube offers the most earnings potential without having to organize your own brand deals and partnerships.

On YouTube, you simply sign up for the program, then continue creating your content as always, and that’s pretty much all you have to do to make money. Short-form video platforms don’t offer the same simplicity in this respect.

That could end up being a big winner for the app in the longer term.

In addition to the expansion of Super Thanks, YouTube has also announced that vewers can now customize their Super Thanks commentswhich has been a top requested update for the feature.

It’s a good update, building on YouTube’s creator monetization focus – which, as noted, could end up being a major winner for the app.